Dwindling numbers of German truck drivers a cause for concern 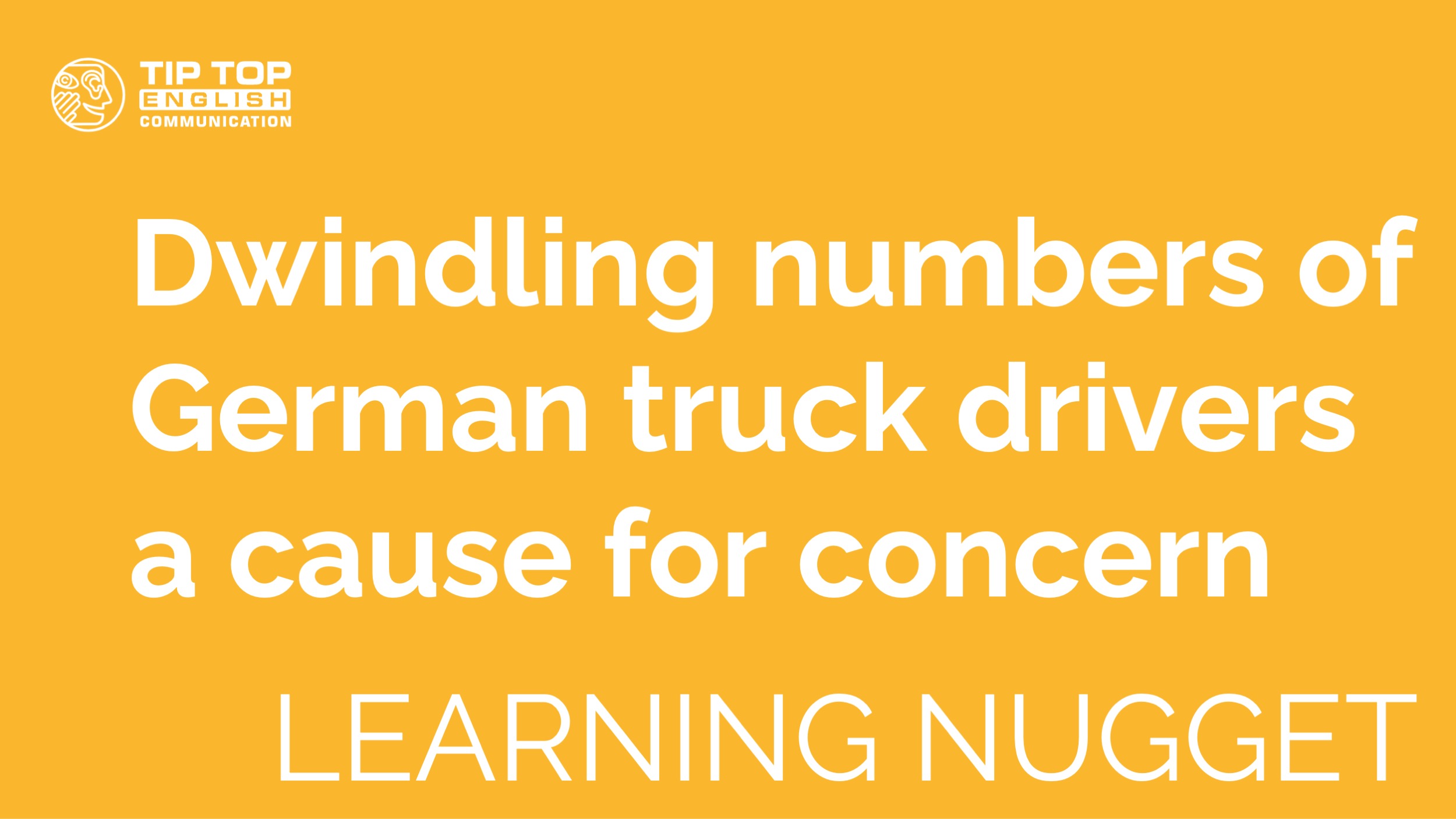 Take your car onto any German highway at almost any time of day, and you’re nearly certain to see a line of semitrucks in the right lane . Still, as hard as it may be to believe, Germany is facing a growing shortage of truck drivers . The International Road Transport Union (IRU) reports that “over the next 10-15 years around 40% of German truck drivers will retire , which, given current trends , will create a shortfall of 150,000 drivers.”

While you may think this is mainly the problem of trucking and logistics companies, it actually affects everyone in the country. The reason is pretty simple; almost everything you buy – clothes, groceries , fuel, and plenty more – is delivered by truck. A growing shortage of truck drivers means that many of the things we depend on may simply be unavailable when we need them.

This growing problem has multiple causes. Truck driving is becoming increasingly regulated and sophisticated, and that means potential drivers need to be willing and able to go through rigorous training before taking on the job. However, with giant corporations like Amazon having the clout to make logistics companies settle for ever-lower profit margins, wages in the field are both low and relatively stagnant. That makes it very hard to attract people to a profession that keeps them away from family and friends for much of the year and often results in the need to sleep in the confined space where you work.

Given those circumstances, it’s little wonder that as the aging population of professional truck drivers retire, there are fewer younger people willing to fill the spots they’re leaving open. According to a story from Die Welt, around 30,000 truck drivers retired in 2016 while just 16,211 new drivers earned their licenses.

Some believe that this could do more than just inconvenience us in the mall or at the supermarket. A story from Foreign Policy suggested this problem poses an international security risk:

“…the smooth functioning of society now depends on a shrinking corps of underpaid, and clearly underappreciated, workers. If drivers decided to go on strike, or retire en masse, countries would quickly run out of food and gasoline – causing social and economic crisis and leaving them dangerously vulnerable.”

Just as there are a multitude of reasons for this issue, there are also a multitude of suggestions for how to address it. The IRU suggests a combination of raising wages, improving working conditions, and reaching out to groups who do not traditionally become truck drivers, like women and minorities, could help. They mention that the recent influx of immigrants to the EU could be a source of new truck drivers, as well.

Ultimately, only time will tell if this is a problem that gets solved or gets worse. But maybe next time you get stuck behind a big, slow truck on your way to work, you’ll realize that it’s not just there to annoy you but is actually helping to fill a vital role in modern society.