Trick or treat, give us something good to read! 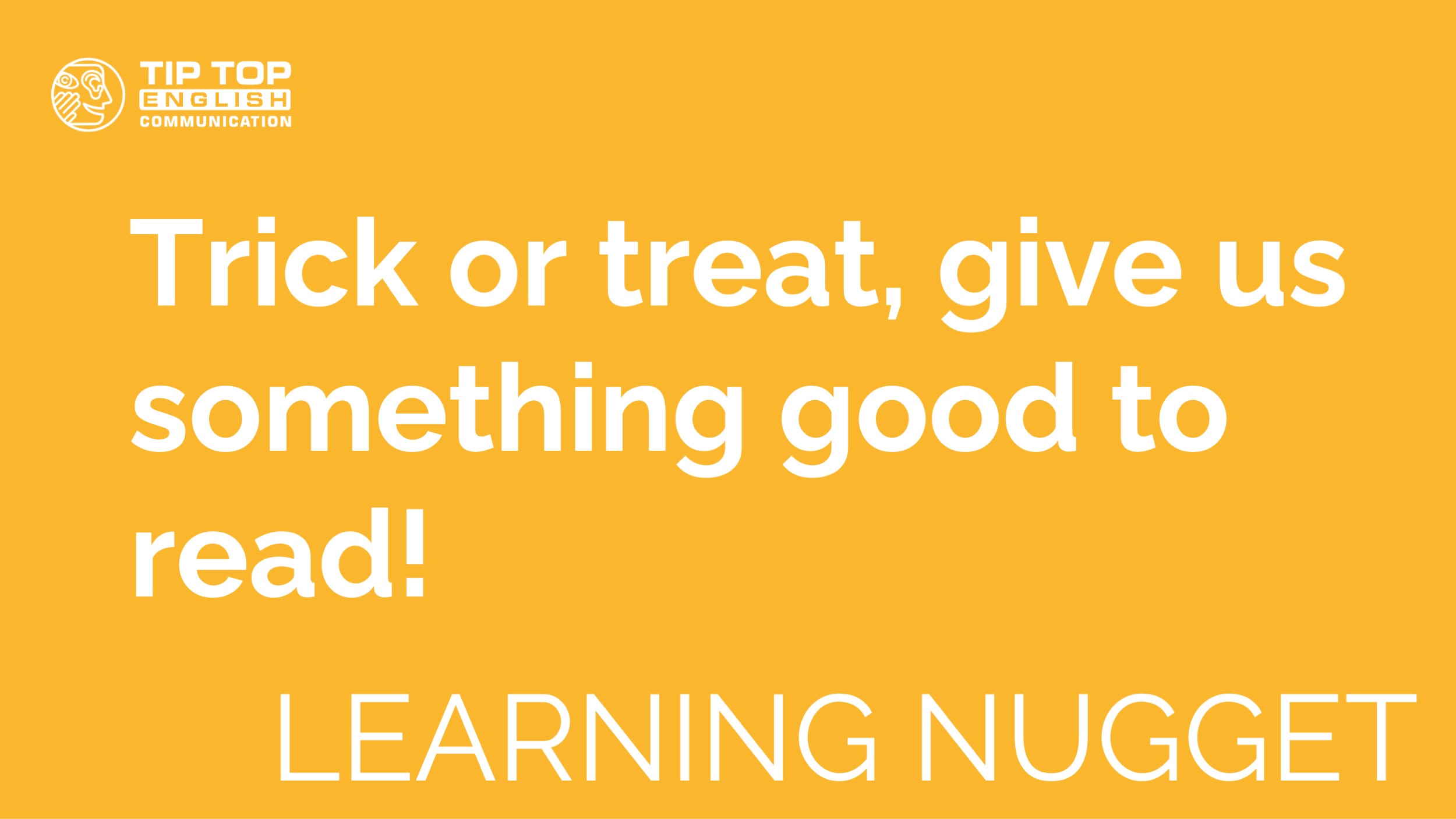 Clouds passing quickly over a full, yellow moon. Bare tree limbs waving in a bitter wind over an ancient graveyard. Children dressed like goblins, princesses, and Star Wars characters ringing doorbells and asking for candy before going home to be pleasantly frightened by their parents’ best ghost stories. These are just a few images that might come into a North American’s head at the mention of the word “Halloween.”

As the tradition of Halloween—which always takes place on October 31—has leaked slowly into some European countries, many may think it’s purely a creation of the United States and Canada. However, its roots go back centuries (to areas that are now Europe, in fact), and in this month’s Learning Nugget, we explore the ancient origins of this holiday that is slowly gaining popularity in Germany.

For the ancient Celts who lived in present-day Ireland, U.K., and parts of France, facing the darkness, cold, and common food shortages of winter was a frightening prospect. In order to prepare themselves for it, they had a yearly festival at the end of October: Samhain (pronounced sah-wen).

Samhain included a feast to celebrate the harvest, but the Celts also believed it was the day when the border between the spirit world and the human world was at its thinnest. Beings like ghosts and fairies could walk the earth, and druids (Celtic priests) could more easily communicate with them, helping them to make prophecies about the coming year. This belief about the nearness of spirits explains why modern-day Halloween is associated with ghosts and other fanciful beings.

What’s with the costumes?

Another key feature of Halloween is the costumes. This, too, stems from Celtic tradition. Because the end of October was when ghouls, goblins, and fairies could be found around any bend in the road, it was important not to be recognized as a human they might want to take back with them to the spirit world. So, people began wearing masks when they left their houses to convince the spirits they were just one of the gang.

How did “Samhain” become “Halloween”?

Eventually, the pagan religions of Celtic areas began to be replaced by Christianity. The church likely wanted to replace the pagan celebration of Samhain with a Christian holiday, and by 1000 CE had established the observance of All Saints Day on November 1 and All Souls Day on November 2. All Saints Day was dedicated to remembering all of the dead saints and martyrs of the Christian faith, and All Souls Day was dedicated to remembering all dead.

An old English word for saint is “hallow,” so All Saints Day was also known as All Hallows. October 31, the traditional day of Samhain, began to be called “All Hallows Eve” (“eve” meaning “the day before”). With time, these words were contracted into “Halloween.”

The start of trick-or-treating

“Trick-or-treating” is the name for what children do when they go around gathering candy on Halloween. It comes from the phrase “trick or treat?” that they say at each door. While this phrase implies that the person at the door can either give out treats or be the victim of a trick, the tradition of asking for food on Halloween did not begin with such sinister connotations.

The custom goes back to an All Soul’s Day practice. Richer families would bake small, cookie-like cakes called soul cakes. The poor would come to their doors asking for these cakes, and in exchange, they would pray for the souls of the richer families’ dead relatives.

There’s no denying Halloween has changed a lot since the time when ancient Celts gathered around bonfires to celebrate Samhain or Christians paid tribute to the dead on All Saints Day and All Souls Day. Still, it’s interesting to think about how modern traditions harken back to such old customs.

Costumes, now meant to amuse, astound, or attract other people, were originally worn in order to not be stolen away by otherworldly creatures. Today’s house parties are yesterday’s great Celtic harvest feasts at bonfires. A huge portion of annual U.S. candy sales— last year’s Halloween candy sales in the U.S. totaled around four billion dollars — is owed to a medieval custom of preparing cakes to distribute to the poor in exchange for prayers.

Doubtlessly, if the holiday continues to gain popularity in Germany, the country will begin to add its own twists to the revelries ( “Süßes oder Saures?” is already the German “trick or treat”). But even if you decide Halloween isn’t your kind of holiday, we hope that you enjoy these last fall days before the cold and dark—and maybe a few ghosts—settle in.

to take place on – statt finden am

to stem from – stammen von

bend in the road – die Kurve in der Straße

be replaced by – ersetzt werden durch

there is no denying – es lässt sich nicht abstreiten

to distribute to – verteilen an