All Double Dutch and upside down? 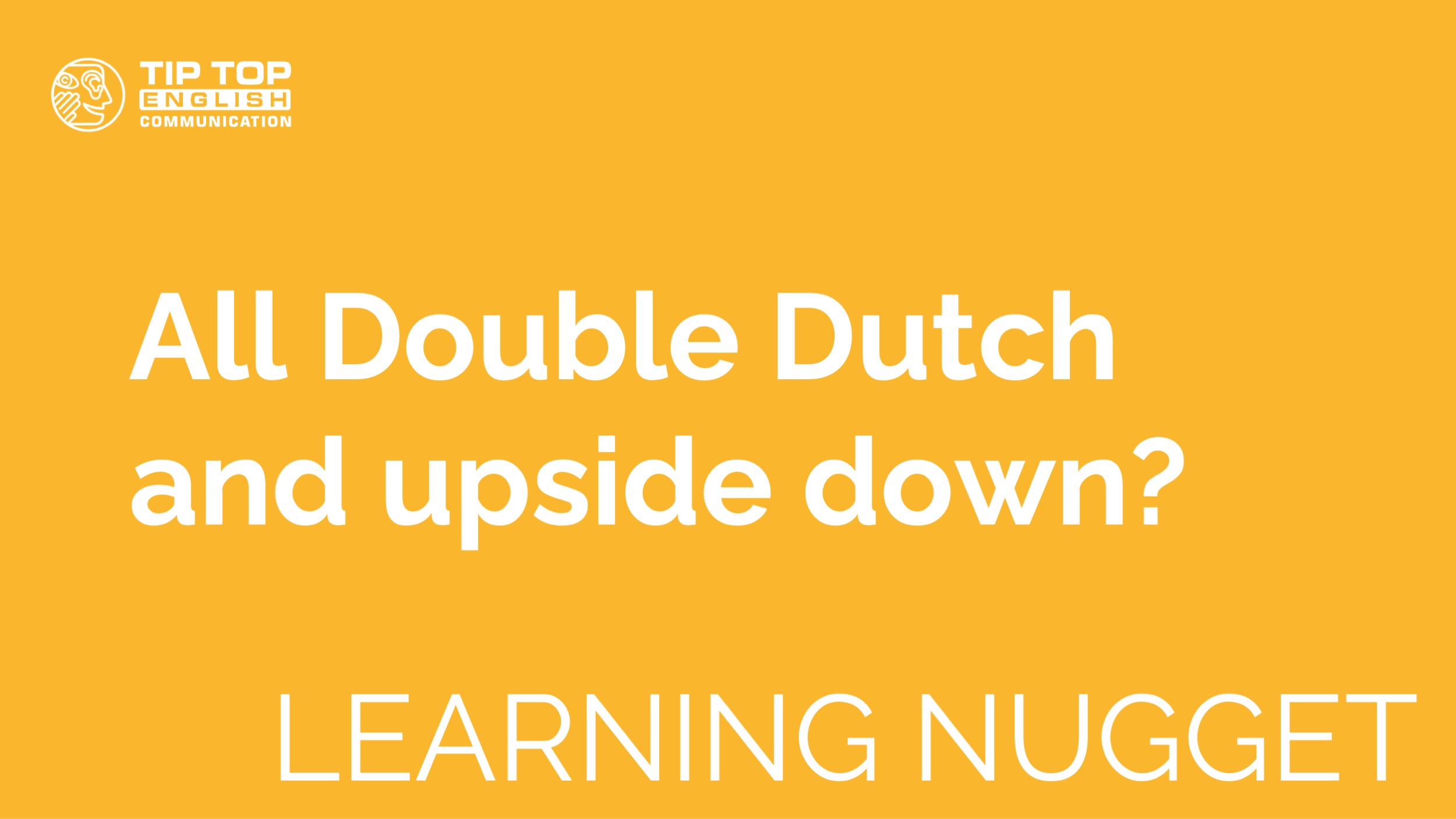 “That wazzock dared to gazump me; I’m gobsmacked by this sticky wicket full of codswallop that’s gone pear-shaped!”

This sentence may not sound serious, but the situation that it describes is! The person is talking about the negotiations involved in buying a house. Translated into standard English, it would be something like, “That idiot dared to offer more money for the house after my offer had already been accepted; I’m shocked by this tricky situation full of nonsense that’s gone seriously wrong!”

It sounds so peculiar because it is full of words, with origins ranging from the 1700s to the 1980s, that have two qualities in common: they’re all rather silly-sounding and they’re all British English.

British English is full of whimsical terms like these. They reflect the UK’s cultural appreciation of wit, a long tradition of literary inventiveness and Britain’s fluctuating global influence over the centuries. As English is largely a monosyllabic language (come, go, take, big, laugh, etc.) word games and rhymes are made relatively easy. Especially characteristic of these language formations is the way they reflect an aversion to taking things too seriously and the common use of humour in British social interaction. This humour is of a particular kind: self-deprecating and given to understatement and irony.

So it’s not surprising that this national trait has made its way into the language. Romantic activities (like “snog” and “bonk”) are spoken of in childish terms. Classic dishes are made to sound deliberately unappetising, ”toad in the hole”, “bubble and squeak” and “spotted dick”. And there’s a healthy appetite for nonsensical ambiguity, for example, “ladybird” instead “ladybug” which is the more logical word used in the USA.

There’s a long tradition in British English of inventing words just for the fun of it.

According to linguist David Crystal, linguistic inventiveness, particularly of a playful kind, seems to have peaked in the Elizabethan era. This is partly due to the enduring influence of wordsmiths like Shakespeare and his fellow dramatists. At this time, Crystal says, “there were more people writing, with pressure to produce new plays to feed the daily demands of the new theatres. And there were no dictionaries to act as a stabilising influence.” This created a fantastic climate of lexical creativity. Since Shakespeare, British writers from Charles Dickens and Lewis Carroll to JK Rowling have continued to enliven and enrich the nation’s vocabulary.

Here are 20 very silly-sounding British English words which you might like to test on your friends or throw into an English conversation to liven up your day and make people smile. Have fun!

higgledy-piggledy – muddled up, in a mess

chuffed – proud of something or someone

chinwag – to have a good chat

doddle – something is very easy, “It’s a doddle.”

fiddly – if something is complicated, difficult to operate

a moggy – a cat (usually not a pedigree cat)

hullaballoo – a fuss, a commotion, a disturbance

wobbly – something or someone that is unstable or unsteady

wonky – something which is not straight

stroppy – in a bad mood or temper

to be flabbergasted – to be amazed, astonished, stunned

argy-bargy – a noisy disagreement ranging from a verbal dispute to outright fighting.