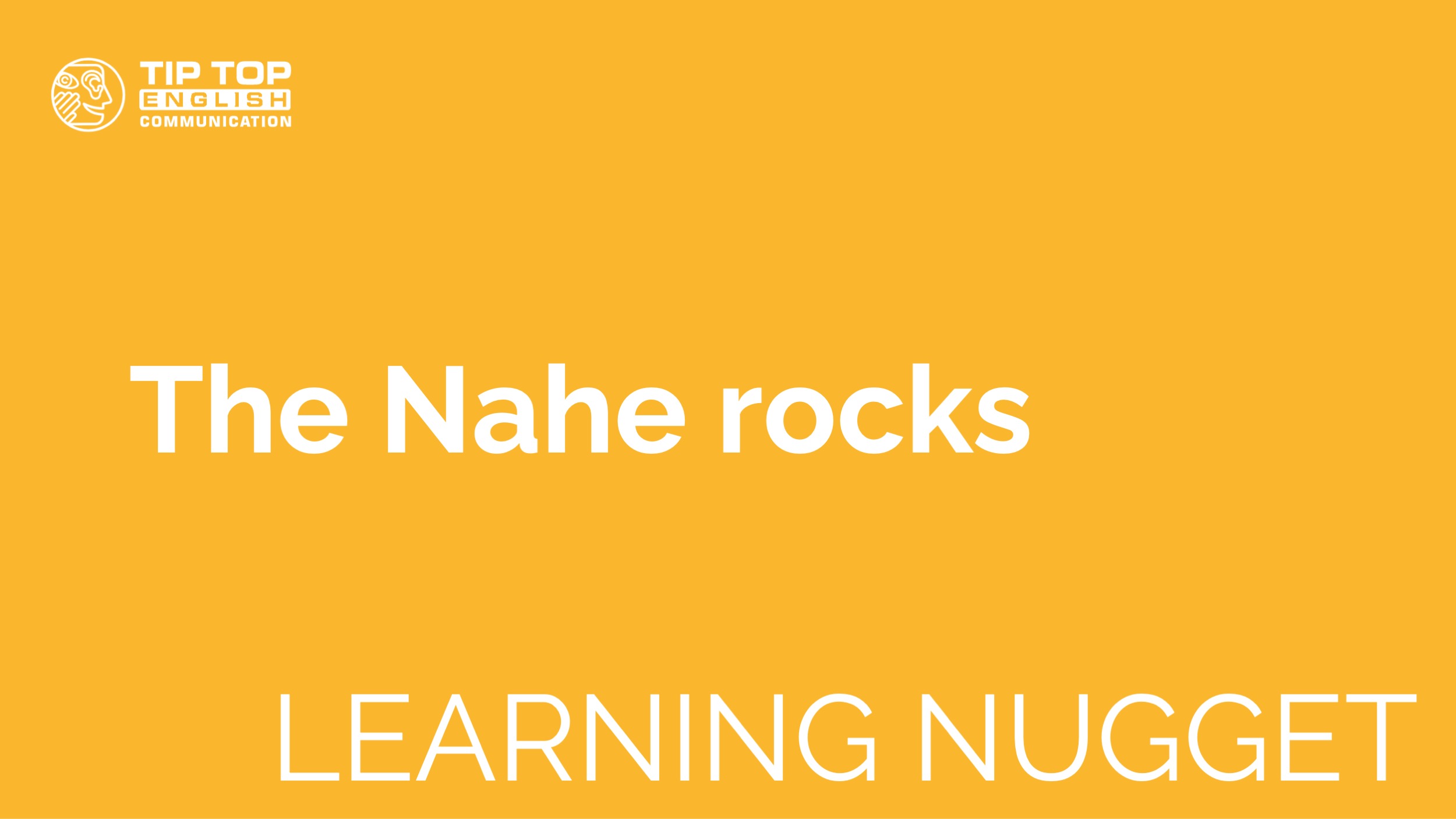 Take a few steps out of TIP TOP’s office, and you’ll get a magnificent view of a famous site in the Bad Kreuznach area: the Rheingrafenstein. This rock formation has many reasons for its fame. It has a 1000-year-old castle perched on its peak which legend says was built by the Devil himself. It has a remarkable, rusty red hue. Also, its exposed stone sides offer such a contrast from its neighboring tree-covered hills that it begs the question, “How did that get there?”
The answer to this query not only illuminates the history of one rock formation. It also explains why — despite its diminutive size and lack of notoriety — the Nahe wine region where both the Rheingrafenstein and TIP TOP’s office sit is one of Germany’s most interesting.

Just like every part of the world, the Nahe has seen its fair share of changes over the past few hundred million years. At various points in time it has been a sea, a desert, and a tropical river valley. However, the red rock that makes up the Rheingrafenstein — as well as the nearby Rotenfels — originates from a time some 290 million years ago. At that time turbulent forces under the earth caused frequent, massive earthquakes, and lava flowed freely across the area. According to Weinland Nahe e.V., “layers of lava stretched over several hundred square kilometers and were up to 300 meters thick.”

The red stone that makes up the Rheingrafenstein is a result of the Nahe’s volcanic heritage. The specific name of the stone is red porphyry. It’s an igneous rock — a type of rock formed when molten rock cools and crystallizes. And, if you want to get really nerdy, it’s specifically an extrusive igneous rock, which means that it cooled outside rather than inside the earth’s crust (if it cools inside the earth’s crust, it’s intrusive).

It’s amazing sometimes what you can learn by exploring the history of what’s just past your doorstep, and we hope you’ve enjoyed learning something about the little corner of the world TIP TOP calls home. Also, with summer just around the corner, you might want to take a holiday to see (or drink) what we’ve talked about here.

If so, here’s a hot tip. This loop trail offers wonderful views of the Nahe valley and leads to both the ruins of Rheingrafenstein Castle and the famous Rotenfels — the largest cliff-face between the Alps and Norway.

Whether you spend your long warm, summer days exploring the Nahe, lazing on a beach, or just relaxing at home, we hope you have a great time. TIP TOP’s Learning Nugget will be back after the summer holidays on Thursday 16 August.