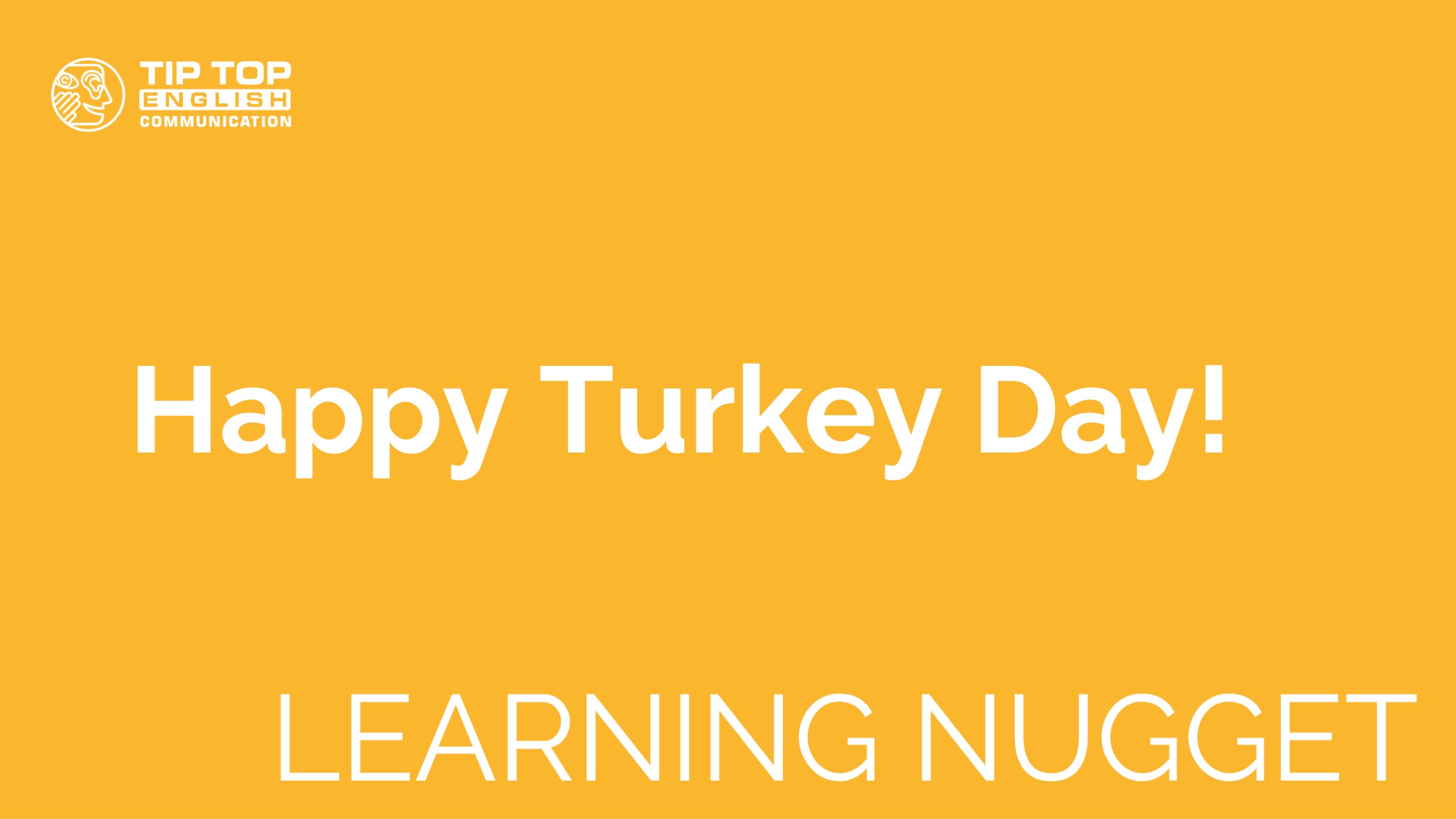 Thanksgiving is one of the most important holidays to U.S. citizens. Airlines make millions from people flying to see family around the country, and Americans eat about 46 million turkeys, which is why the holiday is also sometimes called “Turkey Day.”

The holiday always falls on the fourth Thursday of November. With that date just a week away, we wanted to fill you in on how Thanksgiving got onto the U.S. holiday calendar and also what traditions are common in many modern U.S. households.

The history of Thanksgiving

The story most people in the U.S. were told as children about why Thanksgiving is celebrated goes something like this:

In the 1600s, a group called the Pilgrims sailed from Europe looking to settle in the New World where they would have freedom of religion. Once they arrived, they created a colony in modern-day Massachusetts named Plymouth. It was hard for the Pilgrims, who knew little about how to farm or hunt in this new land.

Luckily for the Pilgrims, a tribe of kind Native Americans helped them learn.

After the Pilgrims’ first successful harvest, the Pilgrims and Native Americans came together as friends to give thanks for a successful year of hard work and friendship. And they definitely ate some turkey. Ever since, people in what became the U.S.A. have continued to have a day of giving thanks for their yearly blessings.

Sadly, this feel-good story is far, far from the truth.

The Pilgrims weren’t really looking for religious freedom as much as they wanted to start a colony where only their religion — a strict form of Christianity — was tolerated. The Native Americans likely only helped the Pilgrims because they had interesting items from Europe to trade with them. While there was a large feast after the first harvest, it’s more likely that the Native Americans weren’t invited, but that it was a local chief stopping by to check in on the relatively new neighbors.

Oh, and two other things: 1) The Pilgrims never called themselves “Pilgrims” and 2) Though there were wild turkeys in the region, no one knows for sure if any were eaten at the feast.

Despite all the differences between the story and reality, many U.S. citizens would tell you the first story is why Thanksgiving is celebrated in the country today.

Here are three things that anyone visiting the U.S. near Thanksgiving could expect to hear about:

1) Black Friday: By now, it’s hard to be a retail shop in the U.S. and not offer huge sales the day after Thanksgiving. It’s not completely clear how this started, but it probably began because the day after Thanksgiving was when people began to shop for Christmas gifts. To get people into their stores immediately, businesses began offering sales on that day, and the tradition — as many YouTube videos will show you — has only continued to grow.

2) American Football: On Thanksgiving, there is always professional American football being played. Traditionally, the National Football League teams the Detroit Lions and Dallas Cowboys play a game on this day (not against each other) and have done so since the 1930s and 1960s, respectively. Often, after the turkey has been eaten, a family’s football fans gather around the TV to watch the action.

3) Ham: You probably knew about the turkey, but did you know many families also bake a ham (a cut from the upper leg of a pig) for Thanksgiving?

Now that you’ve learned a little bit more about Thanksgiving, you will hopefully feel more comfortable if the topic comes up with a native English speaker. If you have that conversation on Thanksgiving day, don’t forget to say, “Happy Thanksgiving!”, and if it’s anywhere from a few weeks to a day before the holiday, you can say, “I hope you have a great Thanksgiving!”. Good luck!