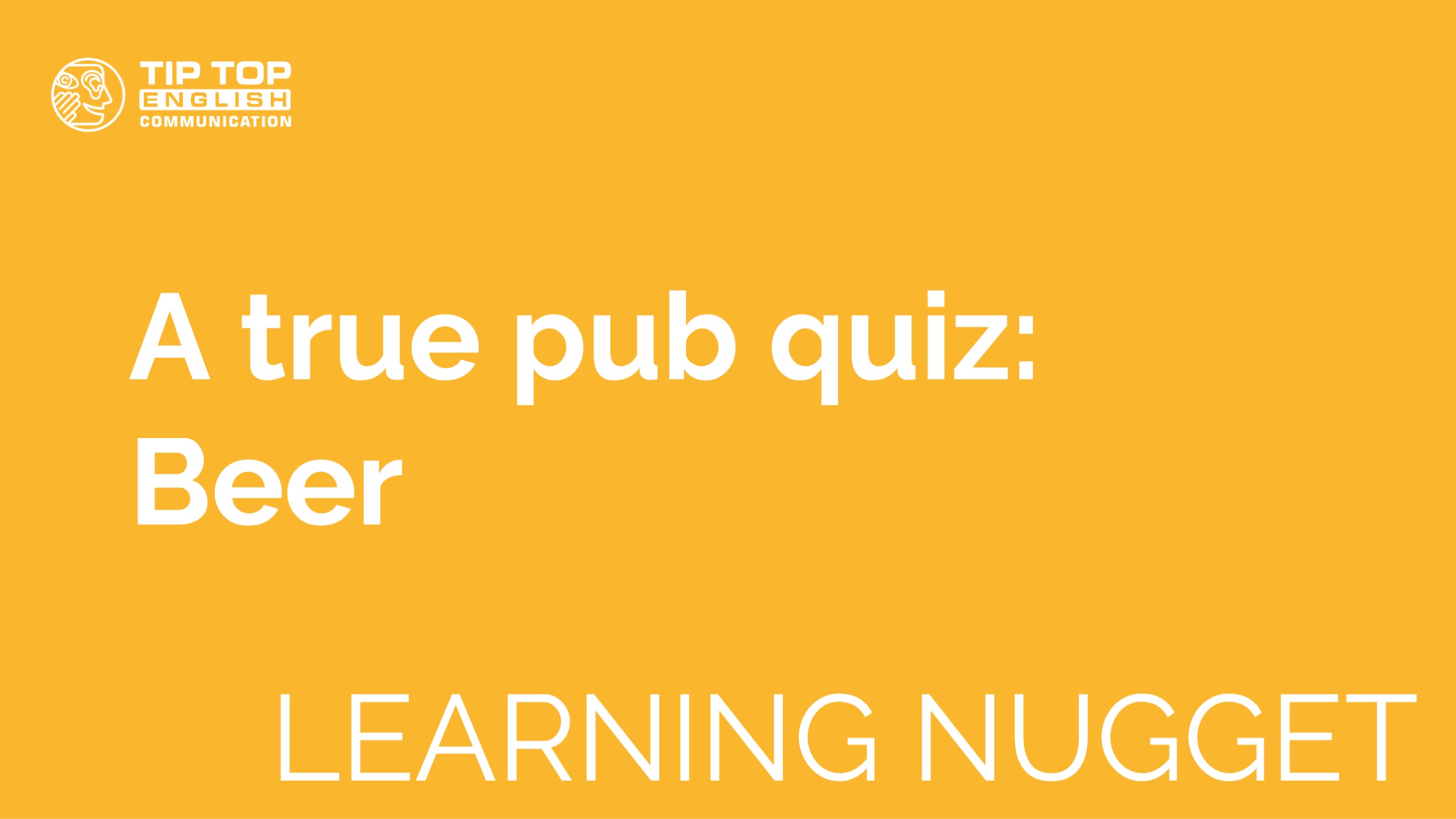 Munich’s Oktoberfest and the many smaller Oktoberfest celebrations that happen across Germany won’t take place in 2021, but there are sure to be plenty of people wishing the festivities could go on.

Though there won’t be any large public parties, we wanted to pay an homage to the world-famous German festival. So, below we pose questions related to beer and then give you the answers. If you want to make a game out of it, try to answer the questions before you read each section and see if you can get them right.

How is beer made?

At its most basic, beer brewing follows these steps:

Carbonation is added to beer either through injection or by putting the beer in an air-tight container (like a bottle) and adding a little more sugar to it for the yeast to eat. As the yeast eats the sugar, it produces carbon dioxide that carbonates the beer in the sealed container.

Almost all beer is in one of two categories. What are they?

Though there are a number of beer styles, nearly all of them can be classified as either a lager or an ale. The differences between these types of beer have to do with yeast. An ale is fermented with a yeast that thrives at around 20° Celsius, and a lager is fermented with a yeast that prefers colder temperatures – around 7° Celsius. It takes less time for an ale yeast to convert all the wort’s sugar into alcohol, and they also produce richer and more complex flavors than lager yeasts. Lager yeasts, however, typically produce a „cleaner“ or „crisper“ beer than ale yeasts. To help you figure out which category your favorite beer is in, take a look below:

Interestingly, there are two traditional German beer styles that aren’t quite ale or lager. Düsseldorf’s Altbier and Cologne’s Kölsch both use ale yeasts but are fermented at lager temperatures. Both of these beers have a mixture of ale and lager qualities in their tastes.

What does „IPA“ mean?

You may have seen the acronym IPA on some beer bottles or menus. It stands for India Pale Ale. The name comes from beer shipped to British soldiers in India in the 1800s. For years, the beer soldiers had been getting had arrived spoiled from its long journey over the sea.

One company tried sending a particularly strong beer that had been brewed with lots and lots of hops, and the beer survived the journey extremely well. The reason for this was that hops are a preservative, so they helped the beer stay fresh and free of off-flavors. But hops are used in beer for bittering, so the high hop content also created a very bitter beer.

British soldiers eventually got used to and even started craving the flavor, and when they returned home, breweries were happy to supply them with the taste they wanted.

Why do we drink a „March beer“ for Oktoberfest?

The traditional Oktoberfest beer is a Märzen, which any German speaker will recognize refers to the month of March. What’s going on? Before refrigeration, when summer came, it was very difficult to brew the beers Bavarians favored, which were typically lagers (remember, lager yeasts like it cold). When brewers tried it, their beer often got infected by wild yeasts or had other issues.

Eventually, a Bavarian duke made a law that no beer could be brewed from April until the end of September. Because of this law, Bavarian brewers began making huge amounts of beer in March that had robust flavor and a good amount of hops that would stay tasty throughout the summer. They would open these beers in September or October, giving people something new to drink while they were busy getting back to brewing.

The style came to be called Märzen, referring to the month the beers were brewed. They became the beer of Oktoberfest because they were served at the weeklong celebration of a Bavarian royal’s October wedding in 1810 that was repeated yearly and has become known as Oktoberfest.

We hope you learned something interesting and new that you can share with friends over a drink. We also hope the return from vacation season is going well for everyone and wish you a great start to the fall season!

sure to be – sicher sein

had been getting – das (Bier), das sie erhalten hatten

get used to – sich daran gewöhnen