What is the Great Green Wall of Africa? 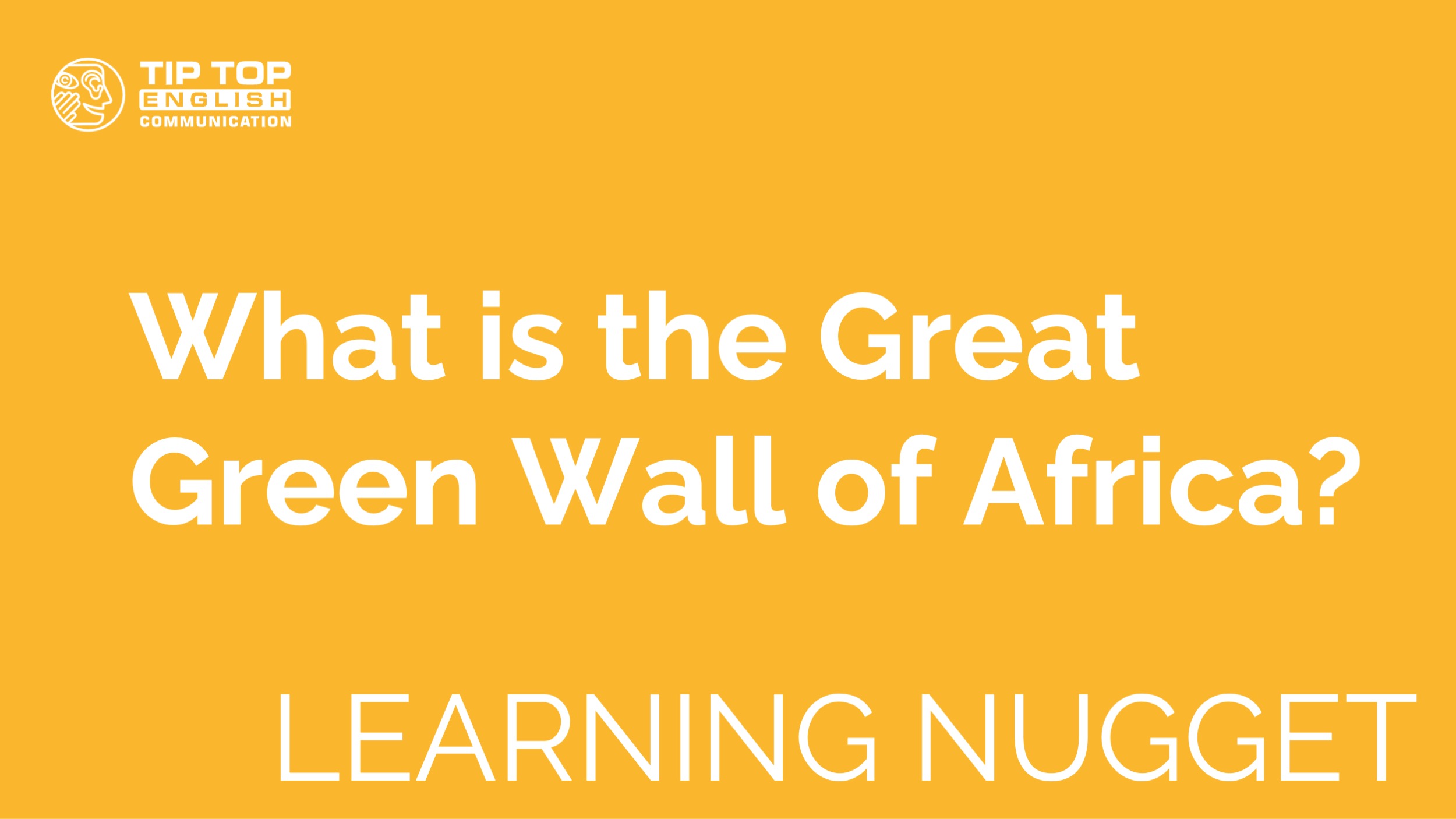 The Grand Canyon, the Great Barrier Reef, Victoria Falls: these are some of the natural wonders of the world.
In 2007, the African Union announced a plan to create a new one called the Great Green Wall.

The idea behind the wall is to battle desertification by planting a network of trees and greenery that will stretch across the African continent from Senegal in the west to Djibouti in the east. That distance is around 7,000 kilometers, which is about how far it is to go in a straight line from Berlin to Beijing.

Since it was announced, the project has had some successes but not made huge strides toward its goal. However, in January 2021, an international coalition of institutions – including the African Bank, the World Bank, and European Commission – pledged the equivalent of roughly €12 billion to the cause.

What makes this idea worth that sort of investment, and what will it take to make it work? We explore the answers to those questions below.

Why the Great Green Wall is important?

The region where the wall is meant to grow is called the Sahel. It’s an area of Africa on the southern border of the Sahara.

In this region, many factors have contributed to a huge loss of trees and other vegetation, including an exploding population overharvesting wood for fuel and large livestock herds grazing unsustainably.

Trees and other greenery protect soil from wind, shade crops during times of intense heat and drought, and help the soil store more water and vital nutrients. Without them, farming areas became less productive, and the topsoil dried up and blew away in great clouds of dust, making the Sahel more and more like a desert.

The point of the Great Green Wall is to reverse this process and make the Sahel – a place where a vast majority of the population relies on agriculture to make a living – a more prosperous, fruitful area that will also be able to better feed its quickly growing population and deal with the ever-increasing effects of climate change. Providing more economic stability to the region could also lessen the appeal to young people of joining radical groups active in the area, like Boko Haram.

Of course, international interest in the project is also high because it can aid the world’s quest to combat climate change. Such a huge new area of plant life would be able to capture quite a bit of carbon dioxide.

What will it take for the project to work?

There are two main reasons there has been little progress on the Great Green Wall since it was announced 14 years ago.

One of those is that some organizations have cared more about initial costs than long-term benefits. They planted low-cost trees that weren’t native to the regions they were working in, and those trees either died or began to spread quickly and replace native species, which had negative effects on local ecosystems.

The other is that, often, locals haven’t been made to care about the trees planted in their communities. Given the current conditions in most of the Sahel, trees need special care to grow and thrive. For that to happen, the local communities need to be invested in their survival.

There are models that have worked, however. Niger, for example, is one of the biggest success stories of this re-greening project.

According to Science magazine, farmers in Niger were taught how to take care of trees that sprouted from stumps of old trees or came up in other natural ways. The farmers were made to believe that the process would benefit them, and they eventually saw the results themselves. Studies show that the area is producing more crops, the soil is healthier, and many in the re-greened region have larger incomes.

The ultimate success of the project depends on initiatives in other countries using the same tactics that were successful in Niger: promoting the cultivation of desirable native tree species and a sense within the local community that caring for the trees is in their best interest.

The hope is that the new funding will help make those goals achievable and allow for more monitoring and research to make sure the right steps are being made. Still, it’s estimated that it will take double the most recent investment to fully fund the project.