The surprising life of Katherine Johnson 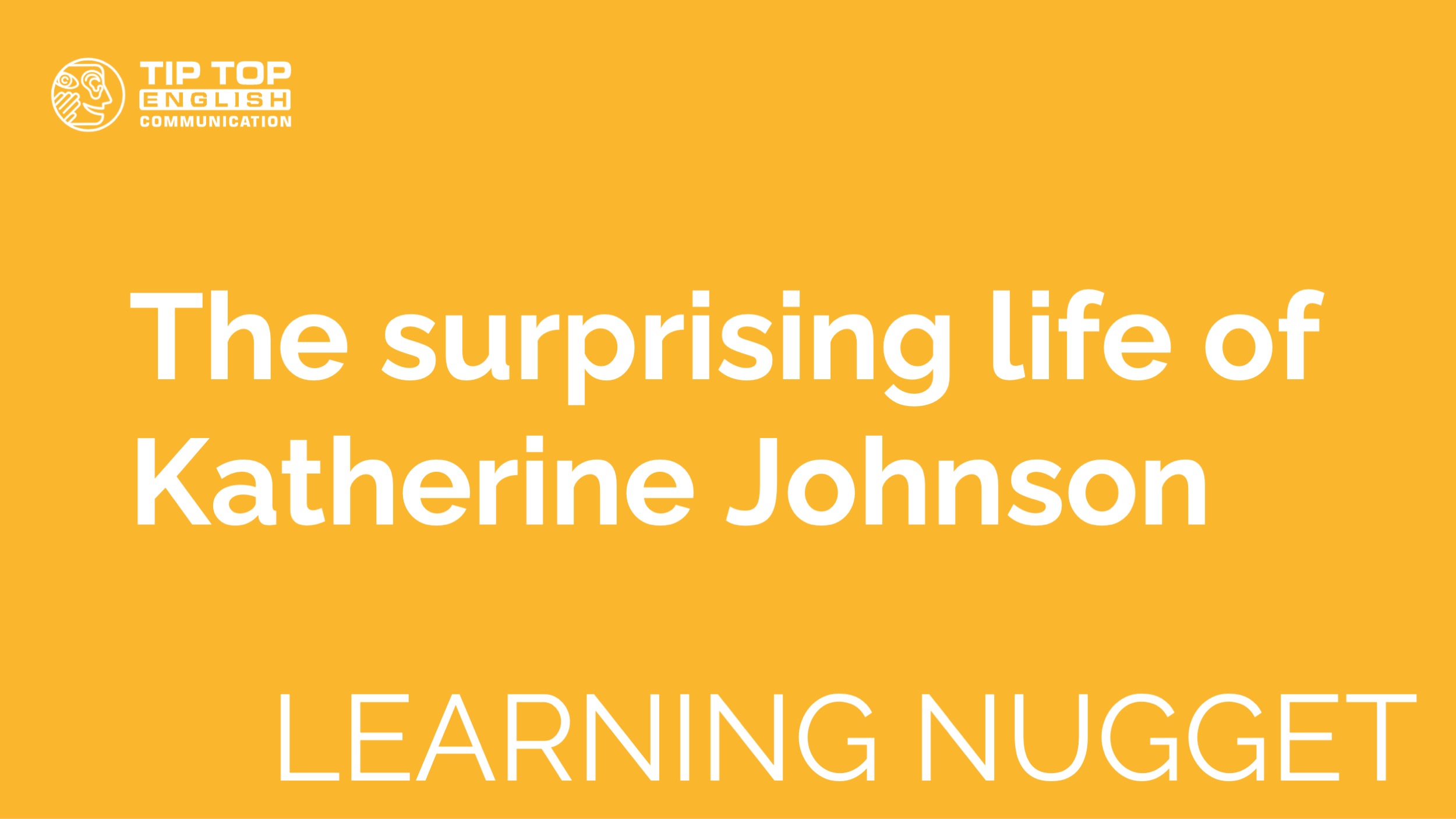 History is full of people whose works or actions have inspired others. The plays and poetry of Shakespeare, the non-violent movements of Gandhi and Mandela, and the kindness of Mother Theresa are just a few examples.

But there are also many amazing stories we hear very little about. For a long time, one of those stories was that of Katherine Johnson, an African American woman who was born in a time when segregation and racism were legal in the U.S. and nonetheless became one of NASA’s most respected and valuable mathematicians.

Johnson recently passed away on February 20th of this year, but not before her accomplishments were made clear in a popular book and Hollywood film. Still, it’s likely many people aren’t aware of her amazing life. Since one of TIP TOP’s main goals is to inspire those we work with, we wanted to make sure all of you got the chance to learn about someone who has certainly inspired us.

Johnson was born in the U.S. state of West Virginia in 1918, a time and place where most black children had little hope of a great education or of one day getting a good job. In the town of White Sulphur Springs where Johnson grew up, schools for black children ended at the sixth grade.

Luckily, Johnson — then named Katherine Coleman — was part of a family that valued education very highly, and each fall, the family would leave White Sulphur Springs to live in a place where the children could continue school. Johnson’s talent for math was apparent very early on, and eventually she became the private student of a man who had been just the third African American to earn a PhD in mathematics in the United States.

Johnson graduated from an historically black university in West Virginia with a dual degree in French and mathematics in 1937. However, there were few options for work for even a highly educated black woman back then, so she became a teacher. She also married a chemistry teacher around this time.

Three years later, West Virginia University — the largest and most prestigious university in the state — opened its graduate programs to black students. Johnson was selected to be one of three black students to enter the mathematics graduate program there. However, soon after starting, she discovered she was pregnant and decided to leave the program.

For many years, Johnson continued her life as a teacher and mother until in the early 1950s she heard that an office of NACA (the National Committee for Aeronautics, which eventually became NASA) in the neighboring state of Virginia was actively looking for black women trained as mathematicians. Johnson applied and was offered a job, and her whole family moved so she could take it.

Her first work had her look closely at data related to the reasons for an airplane crash. But then the U.S.S.R. launched Sputnik, and the U.S.A., wanting to keep up with the Soviets in the Space Race, turned far more of its attention to space research and travel. That meant, too, that Johnson’s work became reaching for the stars.

She helped with calculations that put an American into space for the first time and also became the first woman in the Flight Research Center to receive an author credit on a research paper. Her reputation for accurate and thorough work in the agency was so well-known that some trusted her even more than NASA’s mechanical computers.

One of those people was John Glenn, the first American to orbit Earth. Before he went on his mission, he asked that Johnson do equations that had been put into the machines to guide his vessel by hand.

“If she says they’re good,” Johnson recalled Glenn saying of the numbers according to a NASA biography of Johnson, “then I’m ready to go.”

Johnson worked at NASA for over 30 years, continuing to do important work and research that made space travel and research possible. After retiring, she promoted mathematics education and spoke at many schools throughout the U.S. When she was 97, President Barack Obama awarded her the highest non-military honor in the U.S., a Presidential Medal of Freedom.

If you’ve become interested in Johnson’s story, there are two ways you can learn more about it: a book and a film. The book’s full title is Hidden Figures: The American Dream and the Untold Story of the Black Women Who Helped Win the Space Race and the movie is simply called Hidden Figures.

If you know of any people from history who’ve done amazing things but are rarely talked about, let us know at info@tip-top-english.de. We hope to shed light on more inspiring stories like Johnson’s in future Learning Nuggets.