The witch and the red envelopes 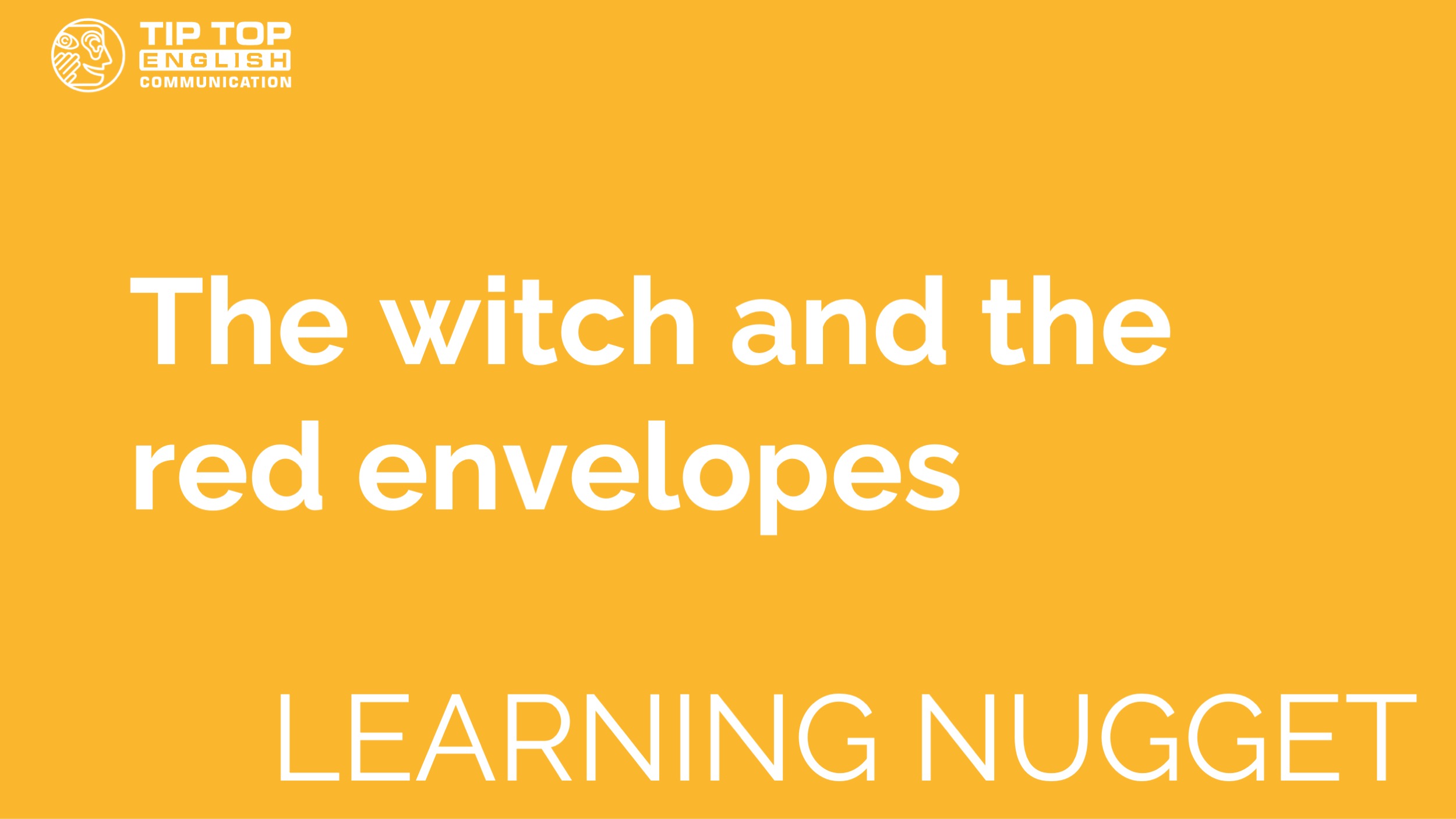 Many of us have just finished a season of gifts, a time when we offered and received things meant as small symbols of our care for others or theirs for us.

Though presents are a part of all human societies, every culture gives them in their own special ways. Below we take a look at two interesting gift giving traditions you might not know about from Italy and southeast Asia.

January 6 is a Christian holiday called Epiphany. It’s the day when three kings (also called wisemen or magi in English) completed a long journey where they followed a star to the baby Jesus and presented him with gold, frankincense, and myrrh.

For generations, Italian children have excitedly woken up on January 6 to check stockings they’d hung the night before for gifts of their own. However, these kids don’t think three wise kings left them presents.

It was, of course, a kindly old witch named La Befana.

The most widely told story of La Befana today is that the kings rode by her house on their way to meet the baby Jesus. They invited her to join them on their journey, but she said she was too busy with housework to come along.

Later, she regretted that decision and ever since she makes up for it by flying through the sky with gifts for all the good boys and girls to wake up to on Epiphany. The bad ones get onions, garlic, or coal.

In China as well as Hong Kong, Macao, and other southeast Asian countries, there’s a gift-giving tradition going back hundreds of years that will horrify anyone who thinks cash or gift cards are unacceptable presents.

Called hong bao in Mandarin and lai see in Cantonese, the tradition is to put cash in red envelopes that you hand out to younger family members, the children of close friends, employees, service providers (e.g., tutors or apartment building guards), and others during Lunar New Year celebrations. There is a fairly strict system and etiquette behind who can give envelopes to whom and how much should be given.

Generally, the idea is that people in a better or higher position give to those below them. For example, a tutor might give their student a red envelope, but the parents of the student (the tutor’s employers) might also present the tutor with a red envelope as a sign of appreciation for their work. Adults give to children. Managers or company owners give envelopes to their employees.

Superstition and symbolism are also important. The envelopes are red because it’s considered a lucky color. The amount in an envelope shouldn’t have the number „four“ in it because the word for „four“ rhymes with „death“ in Cantonese and is considered unlucky. The bills in the envelopes should be crisp and newly printed, symbolizing the fresh start the new year brings (the demand for fresh bills can lead to long lines outside banks for weeks preceding the Lunar New Year).

The amounts in envelopes can range from the equivalent of about €2 to around €50 or more depending on an individual’s wealth and the closeness of the relationship between the giver and receiver (the closer they are, the more money should be in the envelope).

Speaking of gifts, if you’re interested in working on your own „gift for gab“ (a phrase in English that means being able to talk easily with others), you might want to take part in our upcoming one-day seminar called

It’s taking place on January 21, 2022, and will focus on helping beginner and intermediate speakers get more comfortable with common phrases and vocabulary used in English small talk.

take a look at – sich anschauen

depend on – abhängig von