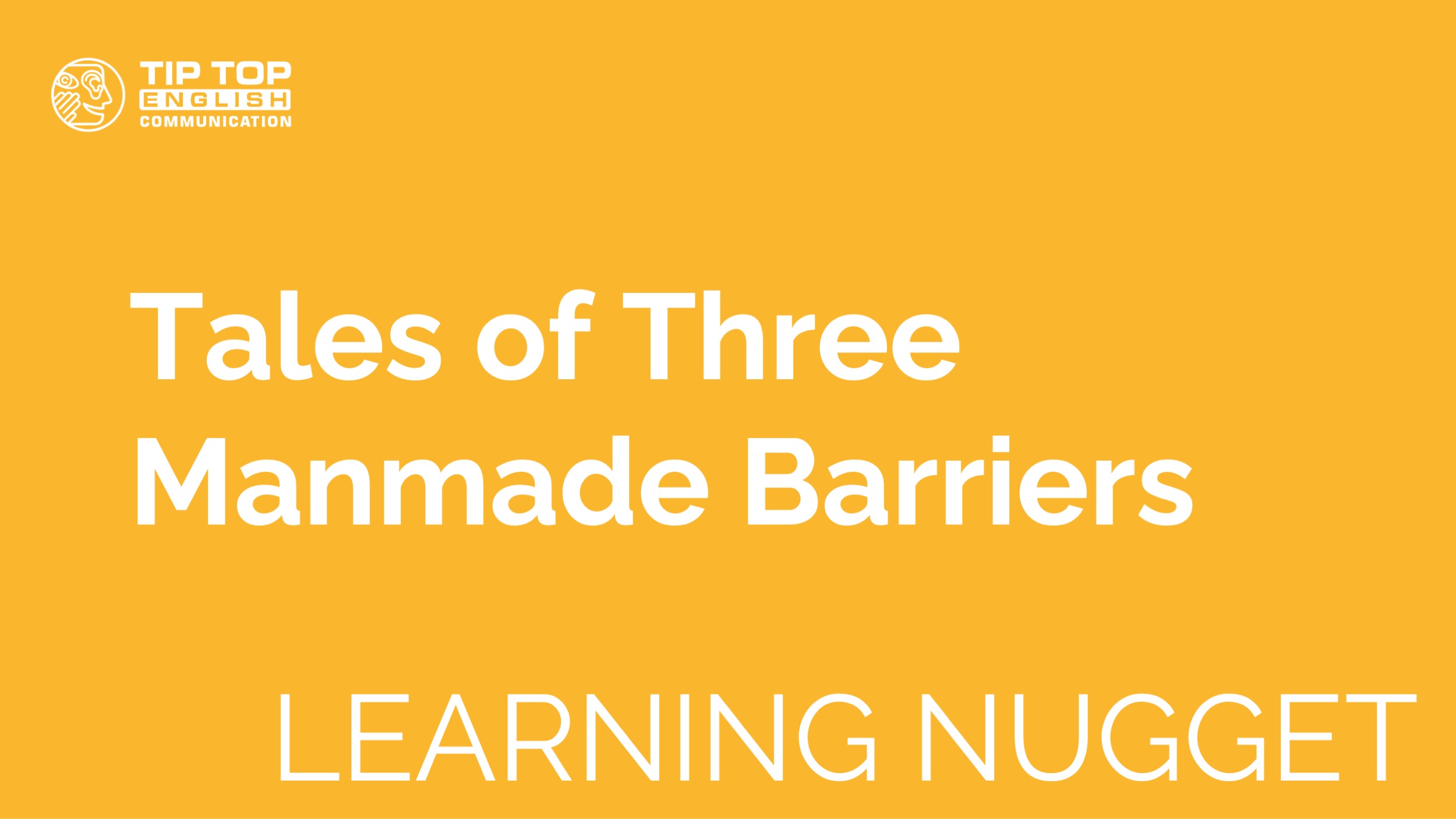 As many of you know, the U.S. government has hit a wall. However, for those of you not in the loop, we’ll give you a little background.

In late 2018, President Trump – a Republican – told the U.S. Congress he would not approve any spending bill unless it allocated over five billion dollars to construct a barrier along the United States’ southern border with Mexico. Congressional Democrats said they wouldn’t pass any bill that included such a wall.

The deadline to pass the spending bill came and went, and on December 22, 2018, a partial government shutdown began. It’s still ongoing, and many government employees are without work and/or pay and many federal services – like staffing and maintenance of National Parks—simply aren’t available.

With the government of the world’s largest economy at an impasse over a wall, we at TIP TOP thought it would be interesting to take a look at the impact large, manmade barriers have had across history. Of course, there are many more than we could talk about in just one Learning Nugget, so we’ve chosen three that we think you might not know much about. So, settle in, and we hope you learn something new.

Around 2000 BC, the leaders of the Sumerian city of Ur (located in modern-day Iraq) had a problem. A nomadic tribe – the Amorites – were growing in power in their region and coming ever closer to their city. With few natural borders to keep the Amorites out, they decided to build one themselves. The result was what is known as the Amorite Wall today, a barrier over 250 kilometers in length that crossed the Tigris and Euphrates rivers.

As impressive as it was, the wall did little to protect Ur’s territory. The wall didn’t connect to other barriers at its ends and could simply be walked around by invading forces. Also, the wall was so long that Ur couldn’t keep enough troops along it to protect it at every point, making it vulnerable to being climbed over or torn down. In just a few years, the Amorites were in Ur’s territory, over time weakening its power just as the city’s leaders had feared. Around 250 years after the wall’s construction, Ur fell to the forces of another civilization, the Elamites—an event historians say ended Sumerian civilization.

The U.S. isn’t the first democratic society to think about walls. In the 400s BCE, Athens – often considered the birthplace of democracy – went through its own wall mania.

After its city walls were destroyed by Persian forces in the Greco-Persian Wars, Athens began to rebuild them after combined Greek militaries1 had finally pushed the Persians back out. While doing this, Athens also began constructing a wall that stretched from the city to a sea port around six kilometers away.

They eventually also constructed a second wall that stretched to a different sea port, making it impossible to access the city unless you were allowed through the wall or came by sea. Afterwards came a third wall that ran behind the first, creating an area where farming could safely take place even if the city came under siege.

The Athenians’ main rival for power in the ancient Greek world, the Spartans, were not pleased with these developments. They were not a democracy and also had a land-based combat force that couldn’t hope to compete with the power of the Athenian navy. With the security of the walls, Athenian power and influence could grow with little fear of attack from outside forces, threatening Sparta’s status in ancient Greece.

It had to do with more than just the walls, but Athens and Sparta eventually went to war with each other. In the wars that followed (the Peloponnesian Wars) the walls did their job and kept the land forces of Sparta out. It wasn’t until Athens overstretched its naval forces and opened itself up to attack by sea that the city fell.

And what was one of the first things the Spartan victors did?

Tear down the walls, of course.

1At the time Greece was not one nation. It was a region made up of various city-states. Those city-states came together to fight off the Persian invaders.

Imagine a fence going from the coast of Portugal to Moscow, Russia. At 5,614 kilometers, the Dingo Fence in Australia is over 1,000 kilometers longer than that. It’s the longest fence in the world, and it has one current purpose: to keep wild dogs called dingoes from eating farmers’ sheep.

The fence was originally built in the late 1800s to stop the spread of rabbits – a species not native to Australia. It didn’t work, but soon some saw the possibility of expanding the fence to keep Australia’s apex predator, the dingo, away from their livestock. The fence is still maintained by Australia’s government today, though it is only partly effective and the subject of some debate.

For one, some dingoes have gotten through holes in the fence and still live on the side they are meant to stay out of. Another problem is that the dingo is the apex predator of Australia, and animals on the continent have coevolved with it over the last four centuries. Without its presence in its normal habitat, biodiversity has suffered, leaving some species endangered.

From just these few examples, it’s easy to see the long life artificial barriers have had in human history. They are almost always made to ward off attacks, whether from armies or wild animals, but none of them come without problems. They could be ineffective like Ur’s, a source of conflict like Athens’, or the cause for the decline of an ecosystem, like Australia’s.
It is likely due to awareness of such possible problems that the majority of U.S. voters oppose Trump’s wall. Perhaps they agree with a leading Democratic politician who said “the symbol of America should be the Statue of Liberty, not a 30-foot [9-meter] wall.”For our part, we at TIP TOP definitely believe that it’s always better to look for ways to create fruitful conversations between societies rather than ways to cut them off from one another.

at any impasse over – in einer Pattsituation sein, wegen

BC (before Christ) –  vor Christus

push back out – zurück vertreiben

to a sea port – Seehafen

tear down the walls –  Mauern einreißen

not native to – nicht beheimatet in

have coevolved with – sich gemeinsam entwickelt

over the last four centuries – in den letzten vier Jahrhunderten

it is likely – es ist wahrscheinlich