Canals you haven't heard about lately 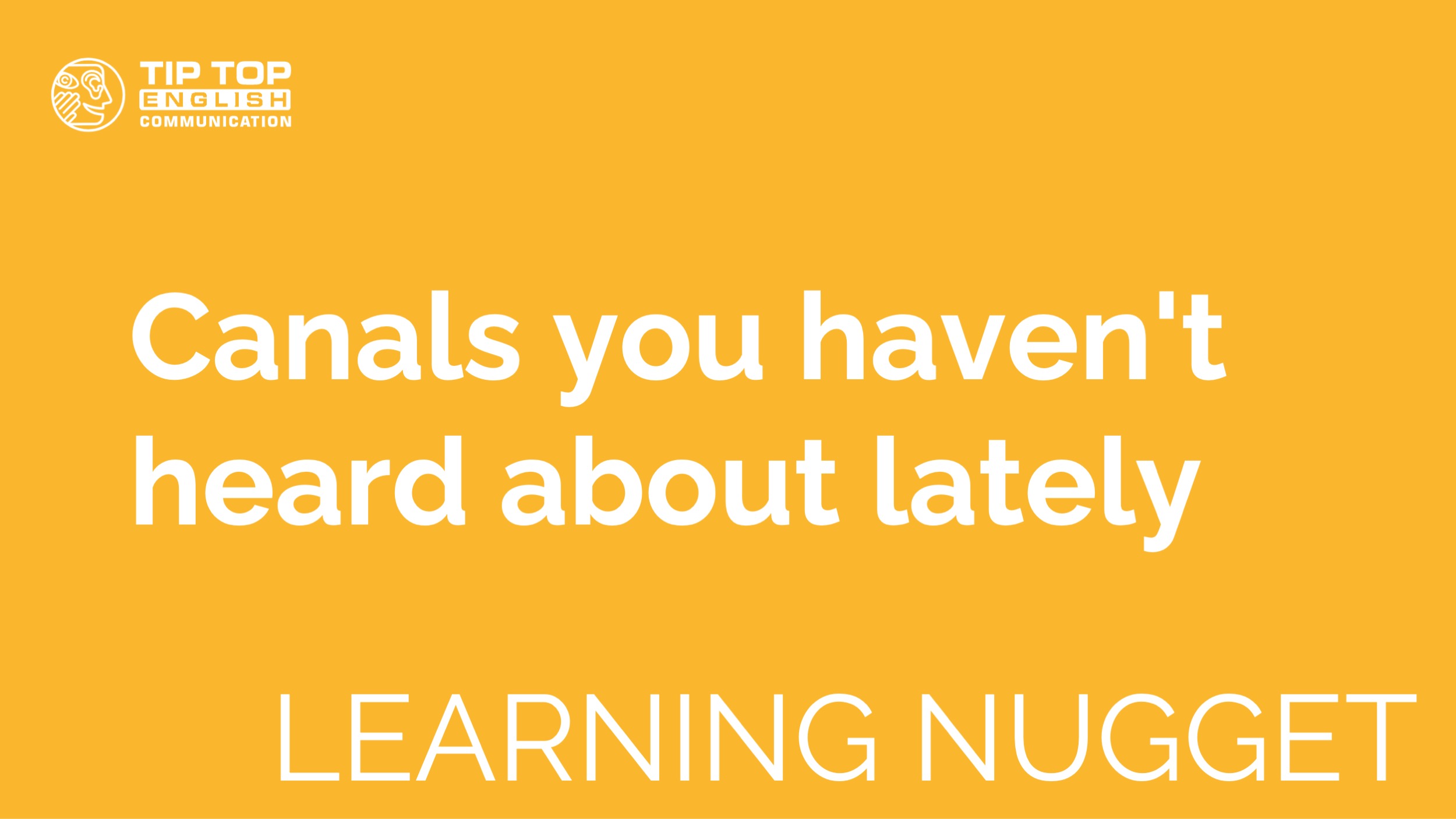 If you pay any attention to the news, you likely heard something about the big problem in the Suez Canal a few weeks ago. The Taiwanese ship the Ever Given ran aground and blocked the canal for six days.

The reason this was so important is that the Suez Canal is by far the fastest way for ships to travel from Europe to India and the rest of Asia and vice versa. Without it, they’d have to go all the way south around the bottom of Africa. So much of the world’s trade goes through the Suez Canal that some estimates show that it cost the world economy over a billion dollars each day it was blocked.

The incident in the Suez Canal emphasized how important canals in general can be, and it made us curious to learn about the world’s other canals. Read on to learn a bit about the world’s busiest canal (surprise! it’s in Germany), the world’s oldest and longest canal, and the city in the world with the most canals (it’s not in Europe).

The Kiel Canal is 98 kilometers long and cuts across Schleswig-Holstein to connect the North Sea and Baltic Sea. It has been widened and deepened multiple times, but the first version of the canal was finished in 1895 thanks to the efforts of 9,000 workers. It saves ships from needing to make a 460-kilometer-long trip around the north of Denmark.

In some years, 37,000 ships go through the Kiel Canal, which is more traffic than the Suez and Panama Canals have combined.

If you got in a car and drove the most direct route from Berlin to Moscow, you would travel around 1,800 kilometers. The Grand Canal covers almost precisely the same distance, connecting China’s capital Beijing with the city of Hangzhou far to the south, making it the world’s longest canal.

It’s also the world’s oldest, with some sections that are about 2,500 years old. In the 200s B.C.E., its existence helped China’s first emperor, Qin Shi Huang, spread the common dialect and writing system he imposed on the country.

However, the canal didn’t reach its full length until the late 1200s C.E. after Kublai Khan conquered his way to becoming the first non-Chinese emperor of China. Once he took control of the land, Kublai Khan founded a capital that he called Dadu (today, it’s Beijing). With many people coming to the new seat of power, a lot of grain was needed to feed them, and enough couldn’t be grown near Dadu.

So, after other methods of importing grain failed, Kublai Khan ordered that the Grand Canal – which stopped south of Dadu – be extended to reach his new city, creating the final leg of the canal still in use today.

The city with the most canals in the world

When you think of cities with canals, the bustling streets of Amsterdam or the romantic gondolas of Venice likely come to mind. Given how famous these places are for their canals, you might also think that one of them has to have the most canals of any place in the world.

There, you’d be wrong. The city with the most canals in the world is Cape Coral, Florida, U.S.A., which has around 644 kilometers of canals. For comparison, that’s at least six times the total length of Amsterdam’s canals combined.

Founded as a planned community in 1957 Cape Coral’s canals certainly don’t have the old world charm of the great European canal cities. Its canals largely connect to suburban homes, allowing a great part of the population to keep a boat and have access to waterways directly from their backyards. People can reach fresh and saltwater areas to boat and fish through Cape Coral’s canals.

As you can tell from a Learning Nugget like this, we love researching and learning about new things. So if there’s a topic out there you’d like to learn more about, tell us!

Just send a reply to this e-mail or comment on the YouTube video with your subject of interest, and it might just show up in a future Learning Nugget!

to run aground – auf Grund laufen