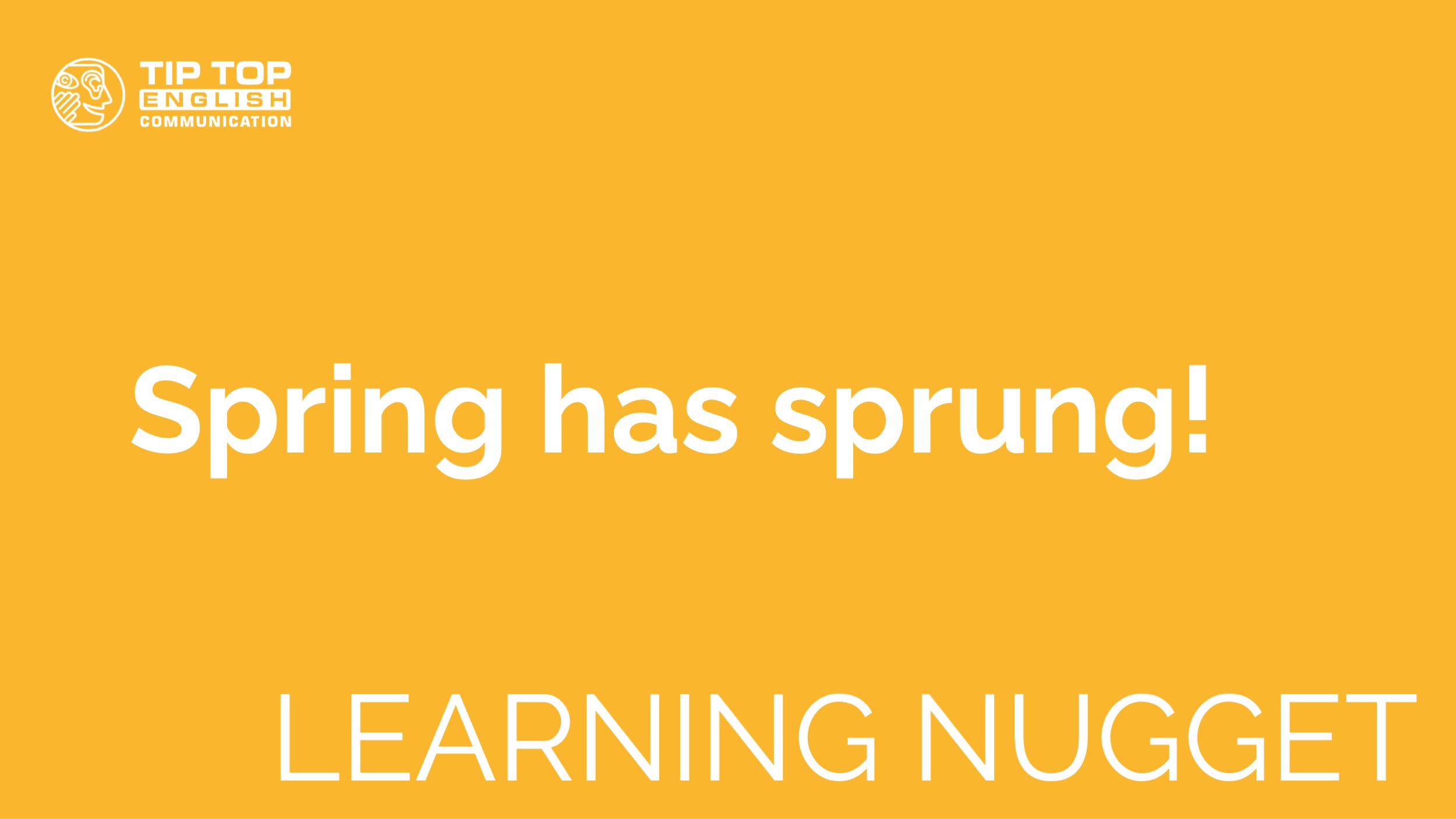 In the Western world, this time of year brings traditions like spring cleaning and decorating Easter eggs to mind. However, it’s less likely that you’ve had a recent desire to chase a wheel of cheese down a very steep hill or attend a festival dedicated to a single wild plant that tastes like a mixture of garlic and onion.

Today, we explore places where those last two experiences are much-anticipated spring events. We also give you some information on new traditions TIP TOP is starting this year and how you can join in on the fun.

Every last Monday in May, the United Kingdom takes a day off and celebrates the Spring Bank Holiday. On this day, people from all over the world descend on Brockworth, England to chase roughly 3.5 kilogram wheels of Gloucester cheese down an extremely steep hill. What do the winners get?

The wheels of cheese, of course.

No one is sure when the tradition began. There is written evidence  that it certainly existed in the 1800s, but that evidence suggests that the cheese roll is much older, perhaps even going back to the Romans.

What is certain, however, is that the tradition isn’t the safest in the world. Though private citizens have kept the event going, the city has actually stopped sponsoring it due to the danger it puts participants in. Racing down a hill so steep that the cheese wheels can reach speeds around 110 kilometers per hour (a competitor doesn’t have to beat the cheese down the hill, just be the first one to pick it up at the bottom), competitors unsurprisingly often break bones and dislocate joints.

Still, despite these risks, people from the world over come to participate in or watch the cheese roll. In an article from Time magazine, one competitor from Australia even called the event “the most exhilarating thing you can do.”

If you know the word “ramp,” it’s probably the type you would find in sports like skateboarding or snowboarding. However, a “ramp” is also a type of plant. It grows wild in the Eastern half of the US and Canada, but it is particularly loved in areas near the Appalachian mountains, a range that runs around 3,500 kilometers from Maine to Georgia.

A ramp is usually described as tasting like a mixture of onion and garlic, and they look a lot like scallions when harvested (and even more like the Bärlauch beloved by many Germans). Also like scallions, you can eat both the green shoots that grow above ground and the small, onion-like tuber that grows under the earth.

Ramps are ready to be harvested in the spring, so many places throughout the Appalachians have developed spring festivals around the plant. They cook various foods flavored with ramps, invite musicians to entertain the crowds, and craftspeople set up stalls to sell their goods. In many places, the distinct smell of ramps spreads throughout whole towns for days on end.

While this is all in good fun, some experts have raised concerns about the amount of ramps harvested for these festivals. Currently, most ramps are harvested from the wild, and with demand for them increasing, those harvests are getting bigger and bigger. Because ramps are harvested roots and all, it can take years before ramp populations recover. This has caused a push in some areas in recent years to farm ramps rather than pluck them from the wild.

This year TIP TOP is hoping to create some new traditions of its own that’ll offer fun new ways for you to sharpen your English skills.

One of these new opportunities is Free English Fridays. Starting on May 24, TIP TOP will be opening its doors in beautiful Bad Münster am Stein every last Friday of the month to anyone who wants to drop by. We’ll have TIP TOP trainers running activities and games that’ll assure you have a great time while you get to practice your English in a very casual environment.

And in case you didn’t notice it in the name: Free English Fridays are free. Bring friends and/or family and get in on the fun!

Another new offering is a chance to practice English out in the open air. On Sunday, May 19th, you can join the first-ever TIP TOP Day Out. This first trip focuses on the theme “fairy tales and castles,” features coffee and cake to start, a hike to Rheingrafenstein Castle and its breathtaking views of the Nahe region, and wine and cheese to finish off the day. Throughout it all, you’ll be thinking and speaking English, remembering the fairy tales of your childhood, and, in the end, creating your own.

Spots for the Day Out will be limited. To get more details (price, exact times, etc.) and/or reserve a spot, send an e-mail in English or German to info@tip-top-english.de.