Blackbeard: The world's most famous pirate 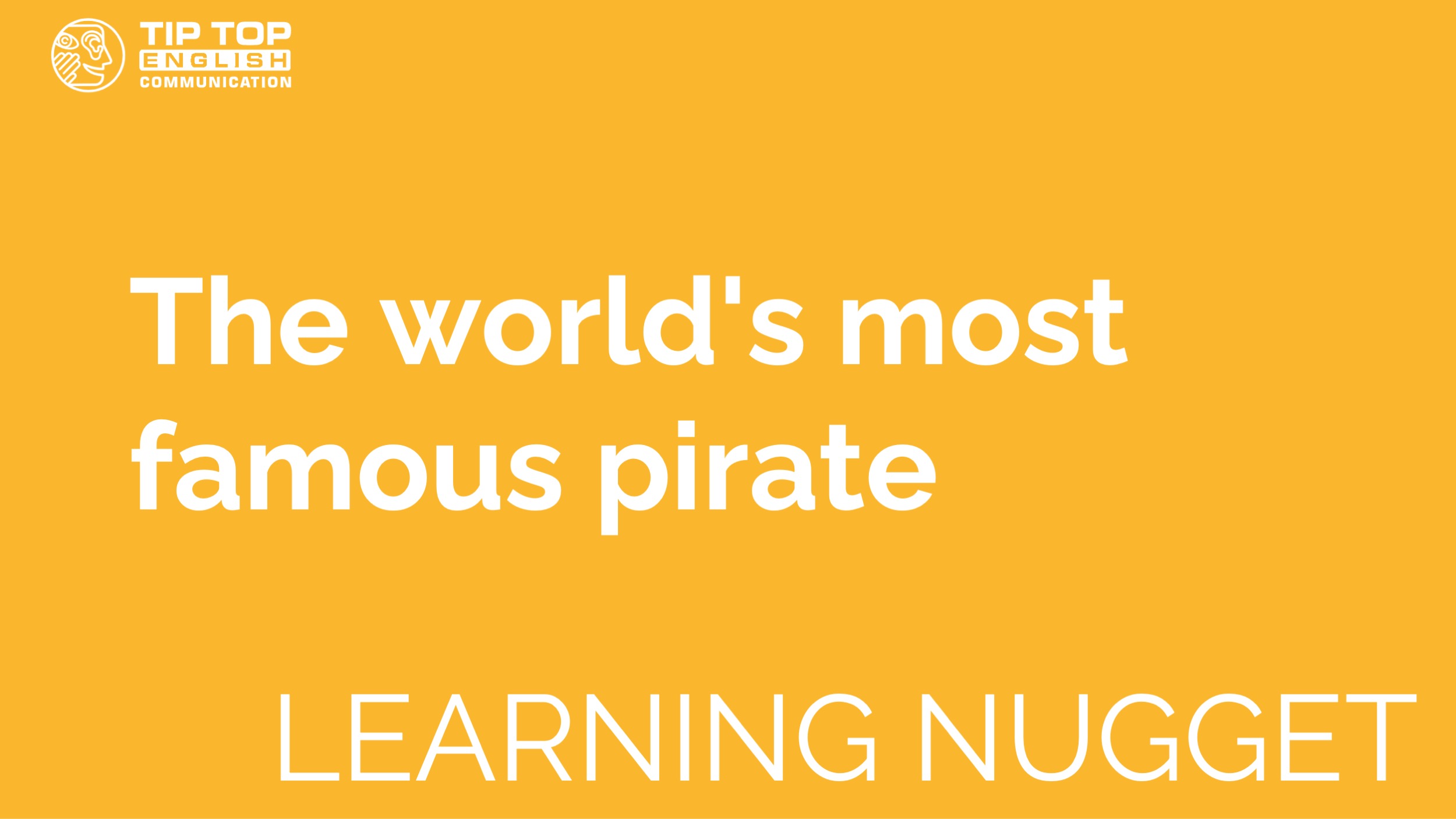 In this month’s Learning Nugget, get to know the story of that notorious outlaw of the high seas and learn how an argument about his most famous ship went all the way to the U.S. Supreme Court just last year.

On November 17, 1718, the dreaded pirate Blackbeard met his end near Ocracoke Island in North Carolina – then a British colony, not a U.S. state. Following a bloodybattle with members of the Royal Navy who were acting on orders from the governor of Virginia, Blackbeard was beheaded.

Not long after, his head was stuck on a post in a Virginia waterway as a warning to other pirates and lawbreakers.

Though Blackbeard only led his band of pirates for two years, his legend has had a long life. He‘s likely the most famous real-life pirate to this day, and characters called Blackbeard have appeared in many movies.

In this month’s Learning Nugget, get to know the story of that notoriousout lawof the high seas and learn how an argument about his most famous ship went all the way to the U.S. Supreme Court just last year.

The early life of Blackbeard is shrouded in mystery. Many modern texts say his real name was Edward Teach though his last name could have been Thatch, Thache, or another variation. He may have been born in Jamaica, England, North Carolina, or Virginia.

One thing almost all historians agree on is that he learned seafaring by working with the British government in some form, either in the navy or as a privateer (someone who had permission from the government to pirate ships from other countries).

Blackbeard first made a name for himself as a pirate in the Caribbean. There, he attacked and looted ships carrying valuable goods to and from Europe. He built a reputation for being terrifying in fights which, ironically, he used to scare his victims into surrendering so he wouldn’t have to fight them.

But Blackbeard’s most noteworthy act of piracy didn’t happen in the Caribbean. In 1718, he blockaded the very important Atlantic port of Charleston, South Carolina. Badly in need of medicine for his crew members, Blackbeard captured boats trying to enter or leave the port and threatened tokill the passengers and crew of one of them if Charleston’s government didn’t provide the medicine he wanted.

Eventually, Blackbeard got the medicine and sailed on.

Despite his many crimes, Blackbeard got a complete pardon in North Carolina because of an English law that allowed any pirate to turn himself in between September 1717 and September 1818 and avoid punishment. However, after getting his pardon, Blackbeard returned to a life of crime. To help keep his freedom, he shared the profits of his illegal activities with North Carolina’s governor.

This arrangement didn’t please everyone, and messengers told the governor of Virginia – the colony just to the north of North Carolina – what was going on. And, well, we already told you how that turned out.

A case about Blackbeard’s ship sails to the Supreme Court

In 1996, the wreck of Blackbeard’s most famous ship was found off of North Carolina’s coast. Named the Queen Anne’s Revenge, the vessel had run aground in 1718 and Blackbeard and his crew had abandoned it.

Once the ship was discovered, North Carolina hired a company to research and excavate it. That company then hired a local media creator named Frederick Allen to document their work. Allen got copyrights for all his videos and images, meaning they could only be used with his express permission. However, North Carolina began sharing some of his work online without asking.

The case went all the way to the Supreme Court, and even though it was clear that North Carolina had used Allen’s material without asking or compensating him, North Carolina still won the case. All nine Supreme Court justices agreed that U.S. law protects states from cases like Allen’s.

It seems some pirates can still get pardons even today.

found off of the coast – vor der Küste gefunden