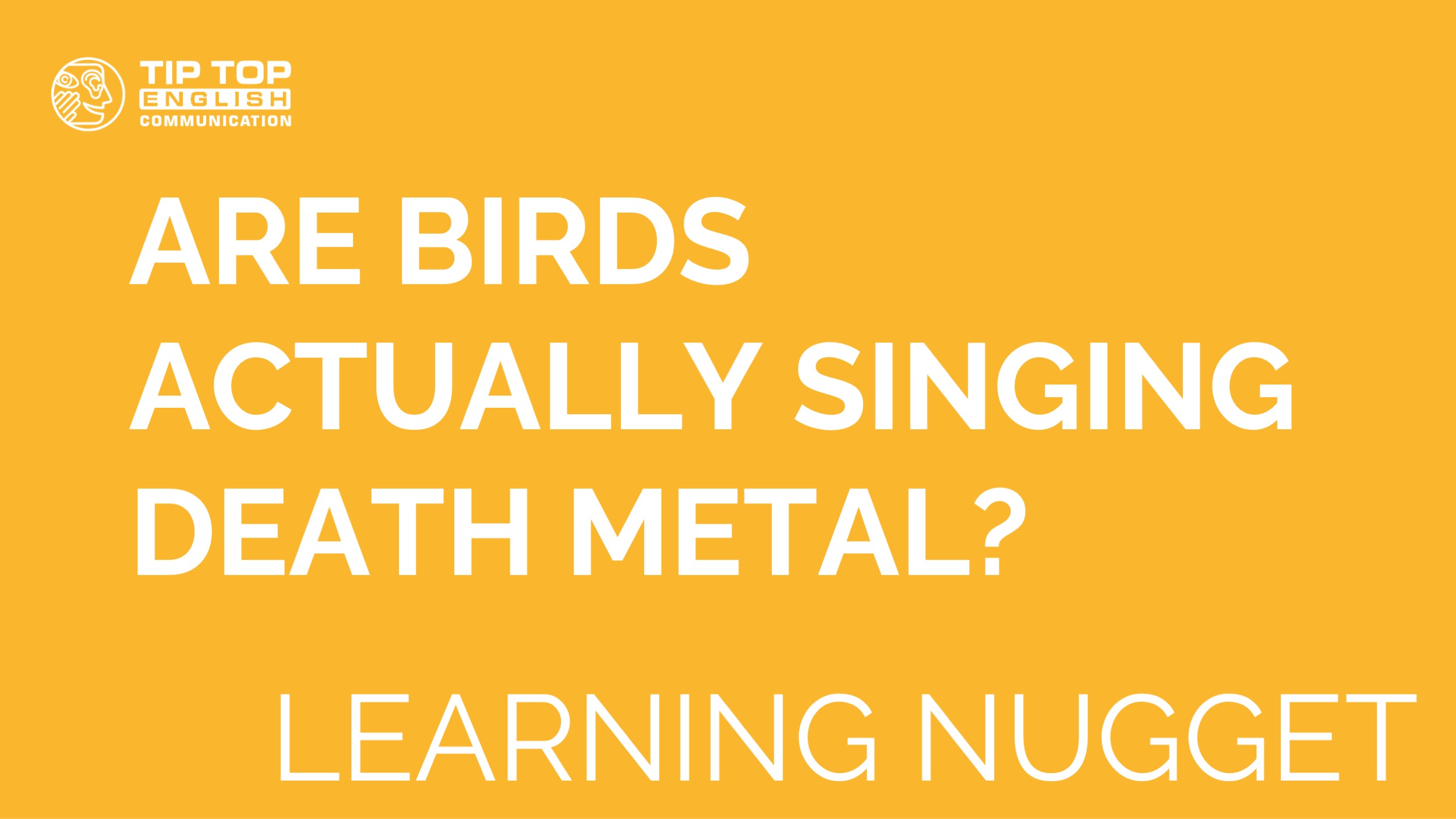 We’re over a month into spring in the northern hemisphere, and the trees and meadows are bursting into bloom, the sun is getting ever warmer, and the daylight hours are lengthening – but you know all that already.

In today’s Learning Nugget, we cover two interesting topics related to this hopeful season that you’ve likely never thought about before.

Why the birds sing

Something many people love about spring is that the outdoors becomes a symphony of birdsong. Instead of opening your door and stepping into cold silence, you’re met with warm chirps and beautiful patterns of calls.

But as pretty as the singing sounds to us, most birds don’t make music just for fun like humans do. Typically, only male birds sing, and they do it for just two reasons: 1) to attract mates and 2) to warn other birds to stay out of their territories.

That means most birdsong is half Marvin Gaye’s “Let’s Get It On” and half telling other male birds, “If you come here, there’s going to be a battle.”

If you keep an eye out for it, you might notice quite a few fights between birds this spring and summer. It’s most likely two males of the same species fighting over territory where there’s enough food to support chicks and a safe place to build a nest.

And though most bird fights are short tussles, they can sometimes turn deadly. For example, some species of hummingbird have been known to use their long, sharp beaks to impale males who intrude on spaces they’ve claimed.

Where spring cleaning comes from

There are many possible reasons cleaning out our homes is a typical activity in spring.

Some are tied to tradition and religion. For instance, there’s a holiday called Nowruz currently celebrated in Iran and other areas in the Middle East, Asia, and eastern Africa that has been observed for over 3,000 years.

Nowruz is a 13-day celebration of the arrival of spring filled with food and family, and it stems from the once-dominant religion of ancient Persia: Zoroastrianism. Today, not many people view the festival as religious but simply as a time to welcome in longer, warmer days and move on from bad experiences in the previous year.

As part of that symbolism, it’s traditional to thoroughly clean houses and repair damaged items before the festival begins.

Spring cleaning can also be connected to the Jewish tradition of Passover, which occurs in late April. This is a time when Jewish people remember how their ancestors were led out of slavery in Egypt. The Israelites didn’t have time to wait for bread with yeast to rise, so they had to eat only unleavened bread (bread without yeast).

During Passover, it’s considered ungrateful not only to eat bread with yeast but simply to have any of it in your home – including crumbs. It became the norm among Jewish families to clean houses thoroughly before Passover to make sure any speck of leavened bread was thrown out.

Along with these ancient traditions, there’s also a more modern explanation of spring cleaning. When homes were still heated with coal or oil lamps in the 19th and early 20th centuries, they would be covered in soot and/or coated in oil particles by the time the winter was over. They wouldn’t smell very nice, either.

Spring was the time when it finally became warm enough that no more (or at least far less) coal and oil were needed, so it made sense for people to do a deep cleaning and airing out.

Spruce up your vocabulary

Along with listening to the birds and deep cleaning the house, something else lots of people do during the warmer months is travel. And, often, it’s to places where just speaking German won’t be too helpful.

Since English is something of a lingua franca in Europe, you might want to brush up on it if you’re planning your first big trip after a couple of years when travel could have seemed too risky or difficult. One way to do that is consider signing up for the upcoming TIP TOP seminar “Confident in English” taking place on May 25.

Price is reduced by 33%: Find more details on our website.

keep an eye out for it – Ausschau nach etwas halten

be tied to – gebunden an

lead (led – led) out of – hinausführen