Coaching: In search of a change 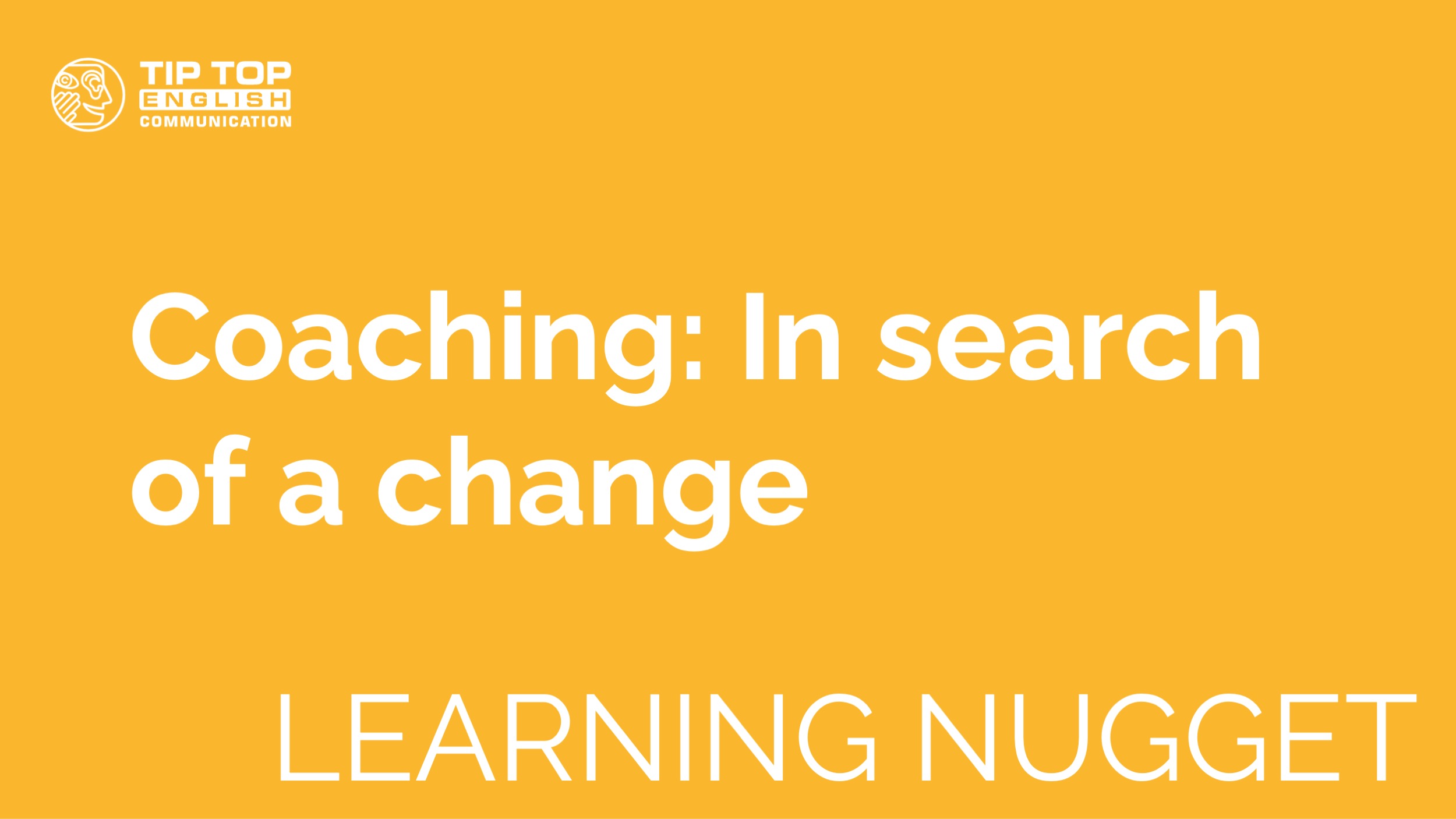 For most of the 20th century, the word “coach” usually meant one of two things: a horse-drawn carriage or a person who helps athletes improve. But in the 1980s and 90s the idea of a “life coach” emerged, and that profession is now what many non-native English speakers first think of when they hear “coach.”

These days “life coach” is often shortened to just “coach” by many people who work in the field. This is because some coaches prefer to only focus on a small part of life (business coach, relationship coach, etc.) but also because “life coach” is a term that isn’t always taken seriously.

In this Learning Nugget, we explore both what coaching is meant to accomplish and why it has such a mixed reputation.

One way coaches define their work is by saying what they don’t do. Coaching is not meant to take the place of mental help like psychotherapy. However, like therapists, coaches have intimate conversations with clients about their troubles and desires. So, what’s the difference?

In other words, coaching isn’t for those with serious mental health issues who need professional medical treatment; it’s for people who know they want something more or different but need assistance finding it. One common way coaches try to help their clients is taking them through exercises that help them assess their feelings or issues from unfamiliar perspectives.

For example, in a piece from Harper’s Magazine where a journalist describes her experience completing a certification program for coaches, participants learned an exercise where they would ask clients to think about their issues from the point of view of things like a potato or a boat anchor.

As ridiculous as that could sound, the idea is that if someone considers something in a very unusual way, they will break their normal patterns of thought. Thinking about an issue in a variety of new lights could help someone find a way to overcome it that they wouldn’t have thought of otherwise.

Coaches want clients to utilize such tools in their everyday life so that they can start making different decisions that will hopefully lead to the change they’re seeking.

What are the controversies around coaching?

Though coaching’s popularity has grown hugely (a common estimate is that it’s a 2 billion-dollar industry right now), its effectiveness is questioned by many.

A big reason for this is that coaching isn’t strictly regulated, and many people call themselves coaches who have had no real training. Additionally, the available training varies widely in rigor and focus. While there is an organization called the International Coach Federation (ICF) that certifies coach training programs, it’s not viewed as essential that coaches take ICF-approved training.

There are also mental health professionals who worry that many coaches would have a hard time distinguishing between generally mentally sound clients desiring guidance and mentally ill clients who need the help of a trained medical professional. Coaches are generally cheaper and easier to access than trained therapists. That means it’s a very real possibility that people who need more than a coach can –  or should – offer would still hire one.

These issues, along with how vague the oft-stated goals of coaching are (i.e., helping people find a “true” or “best” self), make it hard to take seriously for some. Still, there are plenty who believe that, when done correctly, it can be effective and useful. Even Harvard University has developed coaching programs.

Why coaching will likely keep growing

A common theory is that the growing popularity of coaching has a lot to do with how much more unpredictable modern life has become. People now rarely work for one company their whole life and often move from place to place or job to job. Also, even when working for the same company over a long period, people are more often unexpectedly moved from one position to another or asked to quickly master technology they’re unfamiliar with.

All of this has made a growing number of people feel less sure of themselves and interested in seeking out someone who can help give them direction.

These trends don’t seem likely to stop any time soon, and there will likely be a growing number of coaches hoping people feeling lost will turn to them for help finding the right way to go.